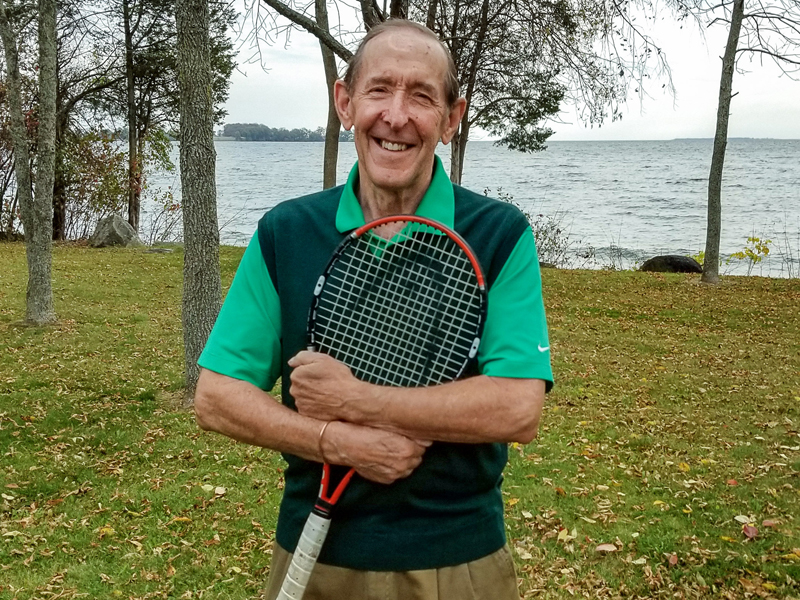 John Beddington has been involved in tennis and squash for 50 years. He started as a volunteer in 1967 and is now semi-retired, although his wife doesn’t entirely agree about the ‘semi’ bit.

He has organised more than 150 tennis or squash tournaments on all continents and was Executive Vice President at Tennis Canada for 17 years where he was Tournament Director/Chairman of the two Canadian Open Tennis Championships in Toronto and Montreal (now known as the Rogers Cup). He was inducted into the Hall of Fame of Canadian Tennis in 2006.

John also co-founded the ongoing Masters Tennis/Champions Tennis event at the Royal Albert Hall in 1997 and ran it for the first 10 years.

At one point, he managed 15 of the top 20 squash players in the world and founded the World Series of Squash, the first international squash circuit. In spite of being a self-confessed mediocre player, he wrote the bestselling Play Better Squash in 1974 which has been updated and enjoyed its 11th edition in 2015.

He is Chairman of Sportgate International Ltd., which owns and operates Chestertons Polo In The Park at Hurlingham every June and Mongoose Sports and Entertainment Ltd., a leading consultancy. He is President of The Tennis Ball which raises funds for disadvantaged children in less affluent areas and has been the only Canadian member of the All England Lawn Tennis Club at Wimbledon since 1973.

I asked him how he came to be in the County.

“We first came as guests of Gary Wilson and his wife Marlene who had built a house on South Bay.  We were looking for our own place as I was commuting every week between Montreal and Toronto.”

“Mutual respect and a sense of humour,” he volleyed back.

What makes your heart stand still?
The harvest moon over Prince Edward Bay.

If you knew the truth, how would you reveal it?
With extreme caution.

We all hope there will be one more time. One more time for what?
A hole in one at Picton Golf and Country Club (and a game of bridge, a sailing holiday, and a week in Naples, Florida…)

Name one secret you do not want to discover before you die?
The secret of eternal youth.

If you were to ask for divine intervention, what would it be for?
Peace in our time – really.

What are you fatally attracted to?
Wine, women, and song as well as good cheese and chocolate cake.

How do you stay clear of the rocks and shoals?
By keeping my eyes open.

Why should we hang onto our illusions?
Because reality is too awful to contemplate.

What would your father make of you now?
He was a lawyer and I don’t think he ever quite understood what I did for a living. In his era, sport was largely amateur and for fun. It has changed beyond recognition – and not all for the good.

What is the best way to get licensed as an adult?
By growing up.

How do we get to the authentic self?
It is always far more important to appreciate the value of others rather than oneself.

When do you release your inner quirkiness?
After midnight.

If you had your own country, what is the first law you would enact?
Nobody should be allowed to become a politician until they have had a minimum of 10 years’ experience in a proper job with responsibility.