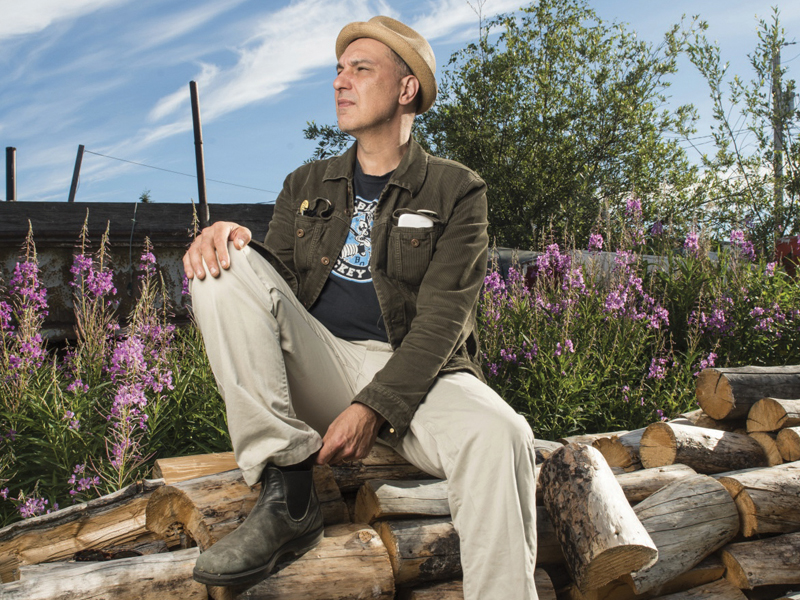 Author and musician Dave Bidini is the only person to have been nominated for a Gemini, Genie, and Juno, as well CBC’s Canada Reads. A founding member of Rheostatics, he has written 10 books, including On a Cold Road, Tropic of Hockey, Around the World in 57½ Gigs, and Home and Away.

He has made two Gemini Award-nominated documentaries and his play, The Five Hole Stories, was staged by One Yellow Rabbit Performance Company, touring the country in 2008. In 2010, he won his third National Magazine Award, for Travels in Narnia, and in 2014, he was nominated for a Toronto Arts Award and published his iBook, Keon and Me.

His third book, Baseballissimo, is being developed for the screen by Jay Baruchel. His latest book, Midnight Light, has been called, “The bright illumination of the new North and an under-the-hood illumination of today’s journalism.”

He is currently the publisher of the West End Phoenix community newspaper.

With many friends in Quinte, Dave has been playing the County for some time.

Name one universal rule of friendship?
Buy the beer sometimes.

What are you going to do about growing old?
Look old before I become old, so no one notices.

If you knew the truth, how would you reveal it?
Sky written.

We all hope there will be one more time. One more time for what?
Henderson in ’72.

What do you wish your mother understood about you?
That I did it all for her.

Name one secret you do not want to discover before you die?
The world is fluffy.

If you were going to launch a new prohibition, what would you outlaw?
Prohibition.

How would you like to rewire your brain?
So that the light in the bathroom always works.

If you were to ask for divine intervention, what would it be for?
Bobby Orr’s knees.

What are you fatally attracted to?
The sound of a new bird.

Why do we sometimes crave chaos?
Boredom.

How do you stay clear of the rocks and shoals?
Dumb luck.

Why should we hang onto our illusions?
Because Styx or Triumph said so, or maybe both.

When do reality and fantasy merge?
In art.

What is the best way to get licensed as an adult?
See your first dead person.

How do we get to the authentic self?
A broad hat.

What takes you down the rabbit hole?
Bundrick.

How can we escape the trap line of our own obsessions?
Burn it with a torch.

If we come into this world with sealed orders, what are your orders?
Don’t be afraid while being afraid.

If you had your own country, what is the first law you would enact?
Mandatory collective art project for everyone at 16.

When should we say it out loud?
When it feels good.

What is the best way to deal with confusion?
Nudity.

What would you like to morph yourself into?
The song Fly at Night by Chilliwack.