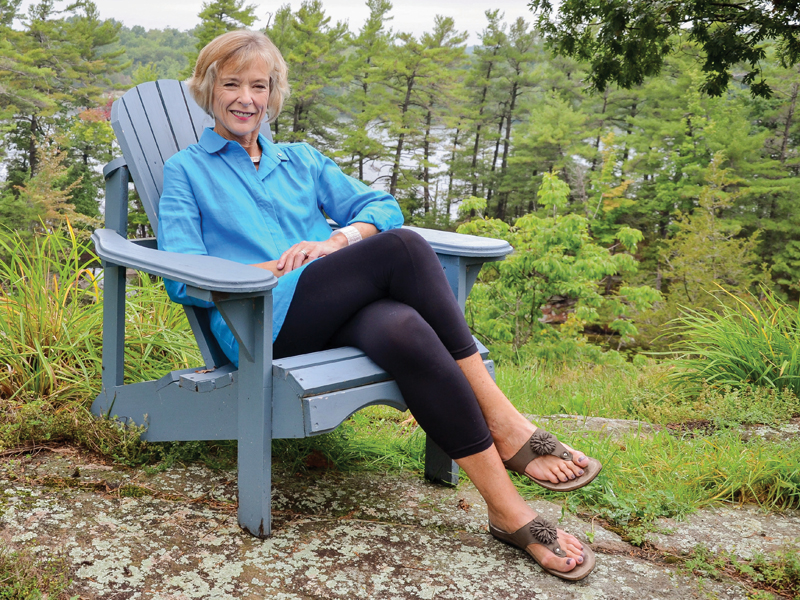 Charlotte Gray is one of Canada’s best-known biographers and writers of popular history. Her 11th book, Murdered Midas; A Millionaire, His Gold Mine, and a Strange Death on an Island Paradise will be published in September. Her ability to provide intriguing entry points into Canadian history has earned her a large readership. She was the celebrity advocate for Sir John A. Macdonald on CBC’s Who is the Greatest Canadian?

Previous award-winning bestsellers include The Promise of Canada: People and Ideas That Have Shaped Our Country; The Massey Murder; Reluctant Genius: Alexander Graham Bell and the Passion for Invention; and Gold Diggers, Striking It Rich in the Klondike. Gold Diggers was the basis of both a US Discovery Channel docudrama and a PBS documentary.

Sisters in the Wilderness, which Charlotte published in 1999, was named as one of the 25 most influential Canadian books of the past 25 years by the Literary Review of Canada. It was made into a CBC docudrama. She has frequently served on Writers Trust committees, as well as being a juror for the Cundill History prize, Scotiabank Giller Prize, the RBC Taylor Prize.

Born in Sheffield, and a graduate of Oxford University and the London School of Economics, Charlotte came to Canada in 1978. She worked as a political commentator, book reviewer, and magazine columnist before she turned to biography and popular history. An adjunct research professor at Carleton University in Ottawa, she holds five honorary degrees and is a member of the Order of Canada and a Fellow of the Royal Society of Canada. She and her husband George Anderson live in Ottawa, have a cottage in the Rideau Lakes region, and frequently visit the County.

When I ask her one last question, what secret of a successful marriage would she like to share, Charlotte is quick to reply. “Plenty of space.”

What are you going to do about growing old?
Imitate my mother.

What makes your heart stand still?
My granddaughter’s smile.

If you knew the truth, how would you reveal it?
Sparingly.

We all hope there will be one more time. One more time for what?
Improving my net play at tennis.

What do you wish your mother understood about you?
I’m just not a hairband kind of person.

If you were going to launch a new prohibition, what would you outlaw?
Hand guns. And the NRA.

If you were to ask for divine intervention, what would it be for?
To eliminate religious extremism.

Why do we sometimes crave chaos?
To escape boredom.

Why should we hang onto our illusions?
They are as good as the next person’s.

When do reality and fantasy merge?
When I read my reviews on Goodreads.

What is the best way to get licensed as an adult?
Produce a child.

How can we escape the trap line of our own obsessions?
By reading good books – fiction and non-fiction –that expand our horizons.

How do you shake things up?
By ignoring the emperor’s new clothes.

What is the best way to deal with confusion?
To drink a glass of chilled Prosecco on the deck of our cottage.

What triggers an epiphany in you?
Renée Fleming singing the Puccini aria O mio babbini caro.